Every company starts somewhere. Apple Inc. began in Steve Job’s (parents’) garage in Los Altos, California. Mary Kay Cosmetics began with book saleswoman Mary Kay making homemade skincare products at her home in Dallas, Texas. And the Hertz Corporation began with a mechanic in Chicago in 1918 who had little more than a fleet of 12 Model-Ts and a big dream. Travel back in time with us and learn more about the humble beginnings of a company that went from one location and a fleet of a dozen vehicles to more than 10,300 locations worldwide and a fleet of over half a million vehicles in the United States alone. Not bad for 100 years. 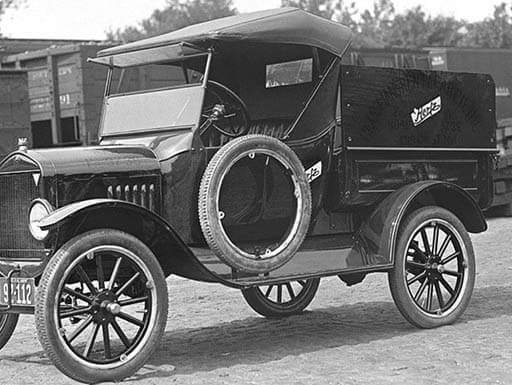 What were you up when you were 22? When Chicago native Walter L. Jacobs was that age, he was opening up shop for his rental car company in the southern area of Chicago’s loop. He originally called his company Rent-a-Car Inc. and first began with a small fleet of just twelve Ford Model-Ts, a now legendary vehicle that at the time had only been in existence for a decade. Within just five years’ time, this fleet had expanded to six hundred vehicles and was already generating annual revenues at an estimated one million U.S. dollars.

While Jacobs was busy building the first fleet of rental cars, fellow Chicago native John D. Hertz had also taken an interest in automobiles. After being let go from his job of reporting for the Chicago Morning News, John Hertz found a new job selling cars at a local car dealer. Like a true innovator, John Hertz didn’t let the fact that he couldn’t yet drive a car himself stop him from becoming a pioneer in the auto industry.

In 1907, he came up with a brilliant idea. He decided that his next move would be creating a cab company with reasonably low prices and the goal of making cars available to the “common man.” He began with a small fleet of seven used cars that he rented out as taxi cabs. In 1915, John Hertz founded the Yellow Cab Company in Chicago, and the affordable prices and distinctive yellow color vehicles went on to become franchised all across America. So, the next time you hail a taxi in a busy city, you can tell your friends that the taxi cab itself originally came from a man who couldn’t drive: John D. Hertz.

Another business opportunity arose for John Hertz in 1923, and as we know by this point in the story, he had a keen eye for business opportunities. He decided to bring his skills to Rent-a-Car Inc. in 1918 after learning that it was now up for sale. John Hertz purchased the company that Walter L. Jacobs started outright, though Jacobs would remain an important inner figure for years to come — serving as president of the firm until his retirement in 1960, and as director of the Hertz Corporation until 1968. The partnership of Jacobs and John Hertz was a major step in the evolution of transforming a small “Rent-a-Ford” company into the respected and well-known brand that still exists today. 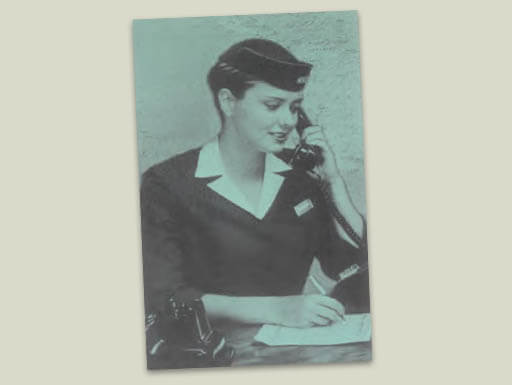 After John D. Hertz bought Rent-a-Car Inc. from Walter L. Jacobs in 1923, he changed the name to Hertz Drive-Ur-Self System. Within two years of John Hertz buying the promising business, the company had set up a coast-to-coast rental network and expanded the boundaries of travel in the U.S. By 1926, Hertz was offering the first advanced rental reservations, which allowed for assurance that had previously been unavailable to rental car customers.

At the same time, Hertz created the program Rail-Drive – a new service in which customers could immediately begin driving their rental car as soon as they stepped off the train.

After this quick growth did Hertz slow down? Not at all. This company was just getting started. In 1932, Hertz opened the first airport rent-a-car facility at Chicago's Midway Airport and introduced the Fly-Drive rental car program. Hertz then created the one-way rental in 1933, which caused a large increase in the use of rental cars nationwide.

By 1938, Hertz had expanded its locations to include Canada, and by 1950, the first European Hertz location opened in France. In 1955, Hertz officially had 1,000 locations — becoming the first rental car company to ever do so.

Not bad for a company that started in the Southside of Chicago with just 12 Model-Ts. Just goes to show that one truly can forever alter an industry with just an innovative mind, a handful of resources, a lot of drive, and a little luck.

Can’t get enough of Hertz History? Love classic cars? Check out the story of the 1966 Shelby Mustang GT350H and the Hertz Rent-a-Racer Program.